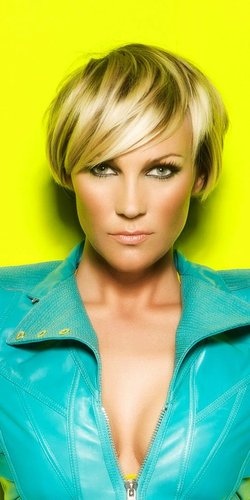 Kate Ryan is a Belgian europop-dance artist popular across continental Europe since the early 2000s.

I “discovered” her thanks to “Soundic Radio” (check them out in iTunes under Radio / International) then went on to buy the excellent albums “Free” and “Essential” (2008), which I highly recommend…

A brilliant idea, brilliantly executed: these were great songs to begin with, made even better with a great dance-trance production for the new millennium (my personal favorite: “Ella, elle l’a” originally written by Michel Berger as a tribute to Ella Fitzgerald).

While she’d always mixed covers and originals, Kate Ryan is now focused on original material.  After “LoveLife” and “Broken” in 2011, Kate released last week a new single and sexy video – “Robots” – with an album long-rumored to be in the works…

Watch the full playlist below or on my YouTube channel – or click the song title for the corresponding video.