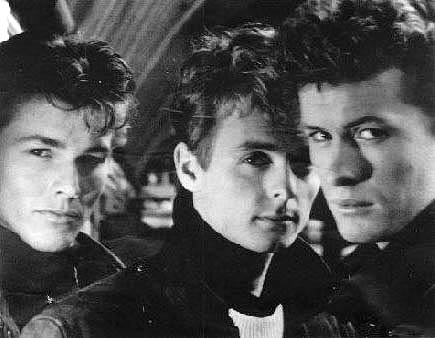 I’ve been struggling to find songs/artists that sound like “Whatever You Do”… in fact I haven’t really found any, but perhaps a-ha comes closest…

a-ha is of course one of the all-time great pop bands.

The band formed in Norway in 1982, broke through on the world scene in 1985 with their landmark song and music video “Take On Me”, and went on to release 9 studio albums over the following 25 years, finally calling it quits in 2010.

Morten Harket (pictured, left) is the voice and face of the band, with his distinctive falsetto, wide vocal range and enduring boyish good looks.

I have made a list of my favorite a-ha songs, and a video playlist which you can watch below or on my YouTube channel…