The drums being a rhythmic – as opposed to a melodic – instrument, songwriting is not a natural progression for drummers.  But drummers can be multi-instrumentalists and well-rounded musicians, and do cross over, sometimes to outstanding results.

As a songwriter who started with drums as a teenager, then learned to play basic parts on the keyboard – just so I could play the melodies I was hearing in my head – the following drummer-songwriters have made particularly strong impressions on me: 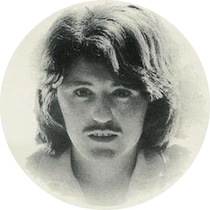 French drummer, composer and producer Cerrone is best known as a pioneer of disco music in the 70s and early 80s.  His sound later branched out into pop-rock and electronica, fed on collaborations with top international musicians and singers, and was staged into large-scale “event” concerts around the world in the late 80s and 90s.  He’s enjoyed continued international success in the new millennium and is often cited as a major influence by the top dance artists and DJs of today.

Cerrone is one of the reasons I started playing the drums and making music. 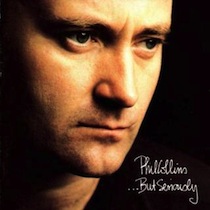 Phil Collins joined prog-rock band Genesis in 1970 as a drummer, and after Peter Gabriel left the band in 1975, stepped up as lead singer.  Over the years, he gradually stepped up his songwriting contribution and overall influence on the band’s image and sound (from 1980’s “Duke” onwards, all songs are credited to Tony Banks, Phil Collins and Mike Rutherford).

According to Wikipedia (it must be true, then! ;-)), “Collins is one of only three recording artists (along with Paul McCartney and Michael Jackson) who have sold over 100 million albums worldwide both as solo artists and (separately) as principal members of a band”.  In fact, he kept up his hold at the top much longer than any other icons of the time including Michael Jackson.  To the point where I think “Phil Collins fatigue” started growing on the general public somewhere around 1992!!!…

Phil Collins’ drum sound is immediately identifiable, particularly the tom-toms and their very distinctive tuning.  He was also an early adopter of drum machines, particularly the Roland CR-78 and later the now-legendary TR-808, which have become as much a part of his signature sound as his drums.

He’s also a great, soulful singer and perhaps most importantly a great composer, with a particular knack for heartfelt ballads.

(all songs written by Phil Collins except where noted) 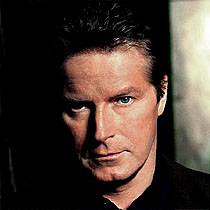 Don Henley’s role as the drummer for the Eagles has been eclipsed by his role as a singer and a songwriter for the band, as well as his later solo career.

Don Henley and Glen Frey were the Eagles’ principal songwriters – and together co-wrote many of the band’s great songs.  They are both credited on exactly 7 of the 9 tracks on “Hotel California” and 7 of the 10 tracks on “Their Greatest Hits 1971-1975”! 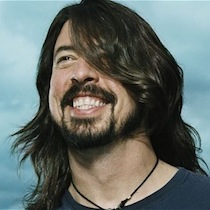 Dave Grohl is The Man!  He’s done it once with Nirvana, as drummer.  And he’s done it again with the Foo Fighters, this time as frontman/singer/guitarist/songwriter.  To re-invent yourself and be so successful twice, and for so long, is I think unprecedented.

See my earlier blog entry on Dave Grohl and the Foo Fighters. 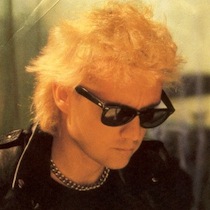 It’s rare when a band has more than one great songwriter.  Queen is the only example I can think of where all members are not only at the top of their instrument, but also amazing songwriters.  Three of them great singers too.  I grew up with Queen’s music, and as a teenage drummer with a yearning to explore singing, songwriting and music production, I always looked up to Roger Taylor as a musical role model.

Roger Taylor’s drumming is very musical, and in the studio he’s always been very creative in exploring both acoustic and electronic drum sounds and patterns that fit each song perfectly.  The “Jazz” and “The Works” albums, in particular, come to mind.  And of course, the band as a whole consistently pushed the boundaries of rock music production to an extent that only The Beatles before them did.

Roger Taylor is also a great and very under-rated singer, alternating between his powerful rocky rasp and impossibly high falsettos (particularly in concert, as backup to Freddie Mercury).

Roger Taylor’s songwriting contribution to Queen started in a modest fashion – one track here and there, usually B-sides – and gradually blossomed to include many of the later-day hit singles including of course “Radio Ga Ga” and “A Kind of Magic”, but also “Heaven for Everyone”, “These are the Days of Our Lives”, “The Invisible Man” (co-written) and many more.

Roger Taylor also had the most prolific solo career of all Queen members, with 4 solo albums and another 3 with his other band “The Cross”.  “Fun in Space” (1981) and “Electric Fire” (1998) are my favorites and in my opinion as strong as any Queen album.

(all songs written by Roger Taylor except where noted)

(all songs written by Roger Taylor) 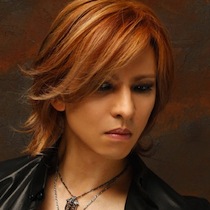 Yoshiki Hayashi (林 佳樹) is one of Japan’s biggest rock stars.  He is the drummer, pianist, principal songwriter and driving force behind heavy metal band X Japan.  He is also a highly successful classical composer with a number of high-profile commissions to his credit.

Yoshiki is a great heavy metal drummer: he’s fast, furious, powerful, and very theatrical – with a beautiful translucent drum kit and never missing an occasion to stand up on his drum stool like a king surveying his domain, or to run around the stage to galvanize the audience.

Yoshiki is a man of high contrasts who does not know half-measures.  He’s a manly brute on the drums, but effeminate and mild mannered off stage.  His music alternates between extremes – on one side, the fastest and most aggressive thrash metal, on the other the most delicate, melodic, borderline-syrupy ballads.

X Japan’s heyday was the 1990s, but the band reformed and has been active on and off since 2007.  I was lucky to be near the front row at their concert at London’s Shepherd’s Bush Empire on 28 June 2011 and they rock!!!  The latest tracks, “I.V.” and “Jade” are among their best and I am still hoping for that elusive new album…

The many talents of Yoshiki – a video sampler:

(all songs written by Yoshiki)