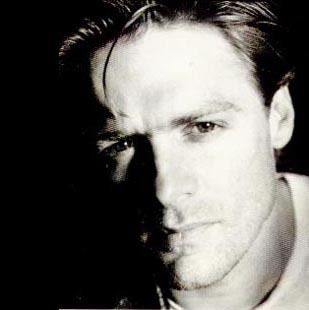 Bryan Adams is one of my all-time favorite artists and songwriters and his unique brand of pop, rock and ballads a major influence on my music.

I first became aware of Bryan Adams with “Cuts Like a Knife” and his co-writes on KISS’ “Creatures of the Night”.  Then “Reckless” came out in 1984 and became one of the biggest albums of the 80s.

At one of my first bands (in France, around 1985-87), every rehearsal would start with a “warm up” which consisted of playing most tracks on “Reckless”, particularly “Kids Wanna Rock”, “It’s Only Love”, “Summer of 69”, etc.  That album was the model and inspiration for the kind of music I wanted to make at the time.

My first Bryan Adams concert was in Paris – I can’t remember the venue, probably “Le Zenith” – during the “Into the Fire” tour.  What a great, great concert!  I remember it hot and sweaty like a great rock concert should be.  I remember Bryan with great energy, a great rapport with the crowd, visibly excited to be there and moved by the crowd’s reception.  I remember a long string of encores, just Bryan and his guitar, like he just didn’t want to leave the stage.  And we didn’t want him to leave either.

This was a very intimate gig and I was lucky enough to snap up a couple of tickets.  It was a real privilege to see Bryan up-close.  A truly unique and memorable experience.

So many years later, I found much of the same energy and warmth that I had experienced during the earlier gigs.  Bryan Adams is one of those artists that never disappoints on stage.  He’s just a great live entertainer and both the rockers and ballads work great on the audience.

Bryan Adams pioneered a new brand of pop-rock music in the 1980-90s, which now serves as the template for much of the current generation of artists, from Kelly Clarkson in the US to McFly in the UK, to name just two.

Most of his output falls clearly into one of two camps: rockers and ballads.  He is a master at both and infuses every song with heartfelt lyrics and a great pop/melodic sensibility.

On the rock side, he combines the down-to-earth, man-on-the-street charisma of a Bruce Springsteen, with the killer guitar riffs of an AC/DC and the epic, anthemic power and electricity of a Def Leppard.

With ballads, the magic formula comes from the combination of a distinctive, sexy, gravelly voice; beautiful and catchy melodies; and heartfelt lyrics.  No-one hits the spot like Bryan Adams does.

Besides rockers and ballads, Bryan Adams has also made incursions into electronica since 2000, most notably through collaborations with Chicane (“Cloud #9”, “Don’t Give Up”) and the just-released “Tonight in Babylon” with LoverushUK.  Not to mention DJ Sammy’s awesome 2002 trance cover of “Heaven”…

There are several key collaborators who have played a major role in the sound and success of Bryan Adams over the years, including:

Best of the Rest

There are so many great tracks… here’s a selection of my favorites from the other albums:

Also, if Bryan or someone from his record company is reading this: could you please re-release the “So Far So Good” home video on DVD and Blu-Ray?  That was a great one, but my VCR died a long time ago…