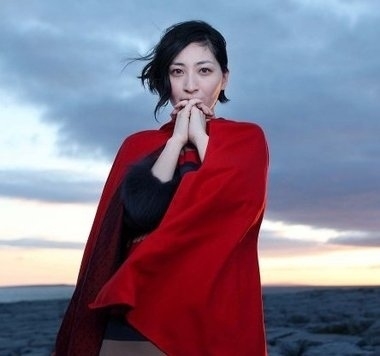 Maaya Sakamoto (坂本真綾) is perhaps best known as one of Japan’s top “voice actresses”, with an impressive and ever-expanding list of anime and video game roles to her credit (some personal favorites: young Motoko Kusanagi in the two “Ghost in the Shell” feature films and “Stand Alone Complex” series, Aerith Gainsborough in “Final Fantasy VII Advent Children”, and Lightning in “Final Fantasy XIII” and “XIII-2”).

She is also a popular singer of “Anime” songs (“Escaflowne”, “Wolf’s Rain”, “RahXhephon”, and many, many more).

Since 1997, she has also built a successful career as a pop singer, with no less than 7 full-length albums, 3 “mini-albums”, and 3 compilations reprising her anime work and other singles.  She’s only 31 and just getting started…

Maaya Sakamoto’s voice is incredibly pure and crystalline.  You don’t need to know Japanese to appreciate her singing (she also has a few songs in English).  She also brings an innocence and dream-like quality to her music that I find very refreshing.

To me, Maaya Sakamoto has the purest and most beautiful voice in pop today – in any language. 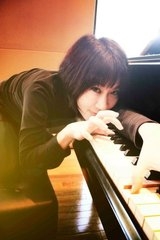 Ms. Kanno is a top Japanese composer/arranger/conductor/producer/multi-instrumentalist working mostly in TV, films, anime soundtracks, commercials, and with a wide-range of recording artists.  In the West, she is probably most well known for her work on anime series such as “Cowboy Beebop” and “Ghost in the Shell: Stand Alone Complex”.

Yoko Kanno is one of the most creative and versatile composers I have come across and a true music genius.  Each of her compositions and arrangements overflows with cool ideas, she has a great sense of melody, and is equally comfortable with pop, jazz, heavy metal, ballads, industrial, prog-rock, orchestral… you name it – she does it all!

Yoko Kanno composed and produced the entirety of Maaya Sakamoto’s first five studio albums and anime songs up to and including 2003’s “Shounen Alice (少年アリス)”, and a few songs here and there after that point, most notably 2008’s epic “トライアングラー (Triangler)” which has become Maaya’s best-selling single to date, peaking at no.3 in the Oricon singles chart.  She’s obviously a huge part of what makes Maaya Sakamoto’s music so great.

However, since the mid-2000s, by working with different composers and producers, and by writing more and more of her own lyrics, Maaya has been able to develop her own identity and prove that she’s not just a beautiful voice, but a true Artiste.

This is an entirely personal top 10 – these are not necessarily the biggest hits – and very difficult to get it down to 10 because there are so many great songs.  The only reason why it doesn’t include any songs from the last two albums (2011’s “You can't catch me” and “Driving in the silence”) is that I don’t have them… YET!  But you can discover some excerpts on Maaya’s official YouTube channel.

YouTube is full of pirated material and I would normally only link to official videos.  But in this case, I am making an exception because the western world – and you dear readers – MUST discover the beauty that is Maaya Sakamoto.  So I have linked a few of the tracks below and if you like them, go buy her music… some of her earlier albums are on iTunes and the others are available here and elsewhere…